There just aren’t enough houses on the market

There just aren’t enough houses on the market 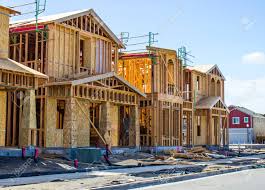 A new report from Zillow shows that for-sale inventory continued to fall in September after a mild recovery earlier this year.

According to the Zillow report, there were 102,112 fewer homes on the market in the U.S. in September than there were last year during the same month, a 6.4% drop.

As Zillow notes, inventory grew year over year between September 2018 and February 2019, likely due to decreasing demand after a period of rapid price growth. That reversed a stretch of 44 consecutive months of inventory declines, stretching back to January 2015.

But that growth was eliminated during the spring and summer homebuying season, leaving home inventory at its lowest level since at least 2013, according to Zillow’s review of available data.

There are several contributing factors, Zillow noted, including a lack of new listings at the beginning of the home shopping season.

According to Zillow, new monthly listings were 8.4% lower than the previous year in April and 10.6% lower in May, which contributed to the current shortage.

Beyond that, recent data suggests that purchase mortgage demand is up in conjunction with refinance demand, thanks to the low mortgage rates of the last several months.

The impact is being felt more significantly by would-be first-time homebuyers.

According to Zillow, the inventory buildup and subsequent reversal was “especially severe” among the bottom tier of homes, which are often targeted by first-time and low-income buyers.

Zillow’s report shows that inventory growth among this group of homes reached 6.7% in October 2018, but fell 10.3% annually in September 2019.

“One constraint on the completion of new housing units is the availability of construction labor. However, this constraint may be easing as residential construction jobs increased 4.1 percent between September 2018 and September 2019,” First American Chief Economist Mark Fleming said. “More people at work in residential construction signals that housing construction is likely to increase in the months ahead, reinforcing reports that builder confidence increased to its highest level in nearly two years in October, even in the face of cost challenges.”

Home value growth also slowed down for its ninth consecutive month, dipping to 4.8% year over year, the lowest it has seen since April 2013. The annualized rate of quarterly growth did the opposite, rising to 4.3%. This may be a sign of a turning point after the market saw a decent cooling down period.

Realtor.com’s senior economist, George Ratiu, said that September inventory trends, especially in the mid-market, may foreshadow whether or not the housing market is headed towards even lower supply levels in early 2020.

“Housing appears to have renewed its place as a bright spot contributing to continued U.S. economic growth. The return of accelerating quarterly price growth, rising sales numbers and increasing home builder confidence and activity all point to closing out 2019 on a healthy note, despite greater volatility over the course of this year,” Olsen said.

But the reality, as Zillow itself said, is that the market needs more homes to go up for sale, whether they are new builds or existing homes, to be truly healthy and stable.

The hidden housing problem: There just aren’t enough houses on the market